Previously, he was Deputy Director, Health Services Research and Development Service, Office of Research and Development, Department of Veterans Affairs, Washington, DC. Dr. Guccione also spent 10 years as Senior Vice President, Division of Practice and Research, American Physical Therapy Association.  Prior to relocating to the Washington area, Dr. Guccione was Director of Physical Therapy Services, Massachusetts General Hospital, and also worked for 11 years with the Boston University Multipurpose Arthritis Center as part of the Health Services Research Unit while teaching at Boston University’s Sargent College of Health and Rehabilitation Sciences.  His research interests are in geriatrics and functional outcomes after rehabilitation.  In addition to authoring or co-authoring over 30 manuscripts in peer-reviewed journals, he has received grant funding from the Foundation for Physical Therapy and the Arthritis Foundation, and was the recipient of a Special Emphasis Research Career Award from the National Institute on Aging. His clinical practice has centered mainly on geriatrics and musculoskeletal impairment in older adults.  He is the editor of a textbook in geriatric physical therapy, now in its third edition and translated into Portuguese and Polish, and previously has served on the editorial boards of Archives of Physiotherapy, Arthritis Care and Research, Topics in Geriatric Rehabilitation, and Work.

Dr. Guccione was the first chairperson of the Geriatric Specialty Council for the American Board of Physical Therapy Specialties and led the team that developed the first clinical specialist examination in geriatrics.  Nationally, he was elected to two terms on the Board of Directors as Speaker of the House Delegates of the American Physical Therapy Association.  He has been honored by APTA with a Lucy Blair Service Award in 1989 and election as a Catherine Worthingham Fellow in 1998. He has been honored with the Association’s Rothstein Award for Scientific Writing, and delivered the Association’s 41st McMillan Lecture on June 17, 2010.

He has served as Member-at-Large on the Executive Committee, chaired the Annual Scientific Meeting Committee, and also was on the Practice Committee of the Association of Rheumatology Health Professionals, which bestowed its Distinguished Scholar Award on him in 1993. 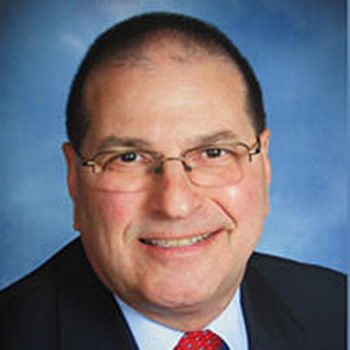